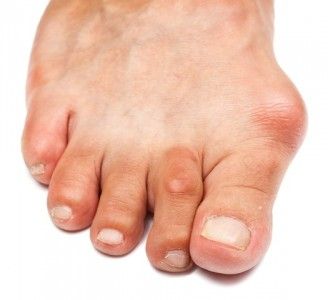 They may look glamourous on the stage and screen but their feet tell a different story. Celebrities suffer foot ailments just like everybody else. The fashion demands on celebrities, such as squashing their feet into high heels pave the way for a range of foot conditions. These range from corns and calluses to more problematic joint deformities such as bunions. 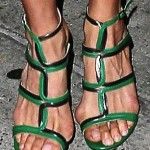 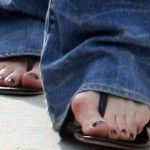 An article recently published in the Daily Mail shows pictures of some celebrity foot disasters.Victoria Beckham (above left) has been plagued by problematic feet for many years, with rumours that at one stage her bunions (above left) were so painful that she was considering surgical intervention. The new Mrs Clooney also suffers with bunions on both of her feet (above right), and she is not alone. In a study on the prevalence of HAV/bunions (496,957 subjects) it was found that 23% of the population between 18 and 65 years were affected.

A bunion which, also known as Hallux Abducto Valgus, is a condition in which the big toe (hallux) instead of sitting straight, deviates laterally towards the second toe, resulting in a bony ‘bump’ called a bunion. As the big toe moves closer to the second toe is may result in subluxation of the second toe which can cause a variety of other issues e.g corns.

What causes a bunion?

• Foot function is a big contributor in the development and progression of a bunion. Low arch height, excessive pronation and an unstable foot can all affect the function of the big toe.
• Footwear – high heels and shoes with a pointy or narrow toe box will usually aggravate a bunion.
• Genetic factors – a lot of people will say “I inherited bunions from my grandmother”. This is not the case, as they are not hereditary. It is the foot type/structure that is inherited. So if you have a similar foot type to a relative who has bunions, you should have your feet assessed by a podiatrist as early intervention can be beneficial.

The following treatment options should be considered:

• Analgesics, including non-steroidal anti-inflammatory drugs, may assist with reducing symptoms as a short term option.
• Bunion sleeves can be another short term, temporary option to relieve symptoms. We stock a range of these in our Melbourne podiatry clinic.
• Footwear advice, low-heel, firm heel counter and a wider and deeper toe box to accommodate the bunion.
• Orthotics or orthoses are beneficial from a long term perspective as they can reduce symptoms and slow the progression of a bunion.
• Surgery may be required if other measures fail to relieve symptoms.

If you have a bunion and are concerned see one of our professional Melbourne podiatrists today. Podiatrists are experts in assessment of bunions and foot function. They can help guide you in with the right treatment plan and reduce symptoms associated with bunions.