Children’s sleeping positions and their impact on feet 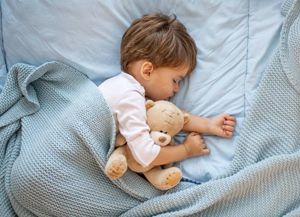 We all know the importance of a good nights sleep for our children and how important it is to their overall health and wellbeing. But have you paid much attention to the way your child sleeps and how that may be affecting their feet and gait? As a children’s podiatrist with close to 25 years of experience I have seen plenty of cases where poor sleeping positions have led to an abnormal gait and an increased risk of foot problems.

So how can sleeping positions affect children’s feet? The first important thing to remember is that when children are very young their joints are very flexible. This is due to flexible ligaments, low muscle tone and increased joint range of motion. As we grow ligaments tighten, muscles get stronger and our joint range of motion reduces. This is why when children are young they can generally get themselves into all sorts of wonderful flexible positions. A bad sleeping position can almost act similar to a night splint or brace. By having a joint in a certain position for long periods the muscles and ligaments adapt around that position and the joint then wants to function in that position. Below are some common sleeping positions with their potential impact on children’s gait and feet.

The stomach sleeping child sleeps on their stomach with their head generally turned to one side. They have a big problem with their feet – they have to go somewhere! Generally that means the hip has to compensate by internally or externally rotating the leg. 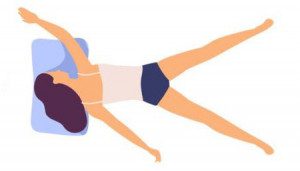 Feet: The foot is often in a hyper-plantarflexed position. This leads to shortening and tightening of the calf muscles. This can result in a toe walking gait or a foot that excessively pronates, placing strain on other major muscles of the lower leg.

Other: Sleeping on your stomach puts added strain on your neck as it has to turn to one side. It is also one of the worst positions for alignment of your spine. From a breathing perspective stomach sleeping is also not great with airways likely to be easier obstructed. With infants stomach sleeping is often associated with an increased risk of SIDS (sudden infant death syndrome).

The back sleeping child is more relaxed on their back with their legs shoulder width apart and even weight distribution across their back. 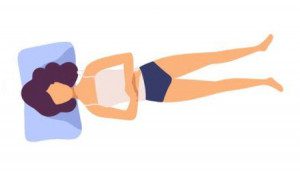 Hips & Knees: The hips and knees are more relaxed with less rotational forces meaning leg alignment and angle of gait is likely to be better.

Feet: The feet are generally pointed up in a relaxed position, however tight or heavy bed sheets can place excessive forces on the toes which can sometimes lead to cramping or pain in the extensor tendons. Back sleeping will put slightly more pressure on the heels and this is generally not an issue with children but can be a big issue when older. For example if you have heel pad atrophy then excessive pressure on the heels could lead to nerve entrapment or plantar heel pain in future.

Other: Sleeping on your back is good for spinal alignment as your weight is evenly distributed, however it is not the best for breathing as airways are easily obstructed. It is therefore no surprise that a lot of snorers are often back sleepers and it is not an advised position if you suffer from sleep apnea.

The side sleeper sleeps on their side with their legs either tucked up in the fetal position or straight. In an ideal environment a child will toss and turn evenly throughout the night to avoid excessive forces on one side of the body. 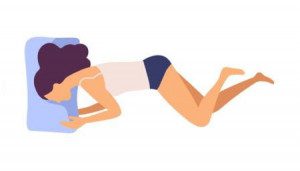 Feet: The feet are generally in a fairly relaxed position provided your child is tossing and turning evenly. If sleeping predominantly on one side then there could be some supination forces on the foot on that side which could put added strain on the peroneal muscles.

Other: Sleeping on your side can place more stress on your rib cage and can affect blood vessels and certain organs. This is especially true if sleeping on your right side as it houses your entire cardiovascular system, which can then can place added strain on your lungs. This is one of the reasons why many physicians recommend that pregnant women sleep on their left side. On a positive note sleeping on your side is one of the best position for your airways as it helps to open them without minimal obstruction. It is the reason why a breathing conscious victim is placed on their side or in the ‘recovery position’ during first aid.

Which sleeping position is best for my child’s feet?

Children can sleep in many different positions and they all have their pros and cons so it is hard to advise on one ideal position. If your child is comfortable, sleeps well, walks straight and has no lower leg or foot symptoms then generally that is a good sign that their sleeping posture is good. From a podiatry perspective back or side sleeping is preferrable and stomach sleeping should be avoided as it is more likely to have a negative impact on children’s feet and gait.

If you are at all concerned we advise that you get your child’s hips, knees and feet assessed by a one of our Melbourne children’s podiatrists. This is especially important if you notice something unusual with their gait or foot alignment or if they are complaining of symptoms. Our podiatrists are experts in children’s foot problems and would be able to tell you if your child’s sleeping position is harming their feet or gait. 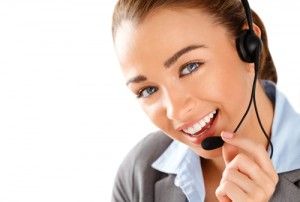 Is your child’s sleeping position harming their feet?

At our Melbourne foot clinic our podiatrists are experts in children’s foot problems and gait issues.

So if you are concerned by your child’s gait or sleeping posture book an appointment with one of our friendly children’s podiatrists today!